Home
/
Explore
/
Inside the church
/
The bell-tower

In 1826, the Reverend Philippe Aubin was appointed Rector. He made many improvements to the fabric of the church, including the disposal of the old cracked bell, which was sold to a French bell founder named Pierre Le Lièvre. The minutes of the meeting of the ecclesiastical assembly which took place on10th June 1828 record that the old bell that was sold for scrap weighed around 1,000 lbs (450 kg). The new bell was cast by Marquet of Villedieu and was hung on 1st September of that year. It is made of ‘bell metal’ (around 80% copper and 20% tin) and its strike note is A above middle C. It bears the inscription: 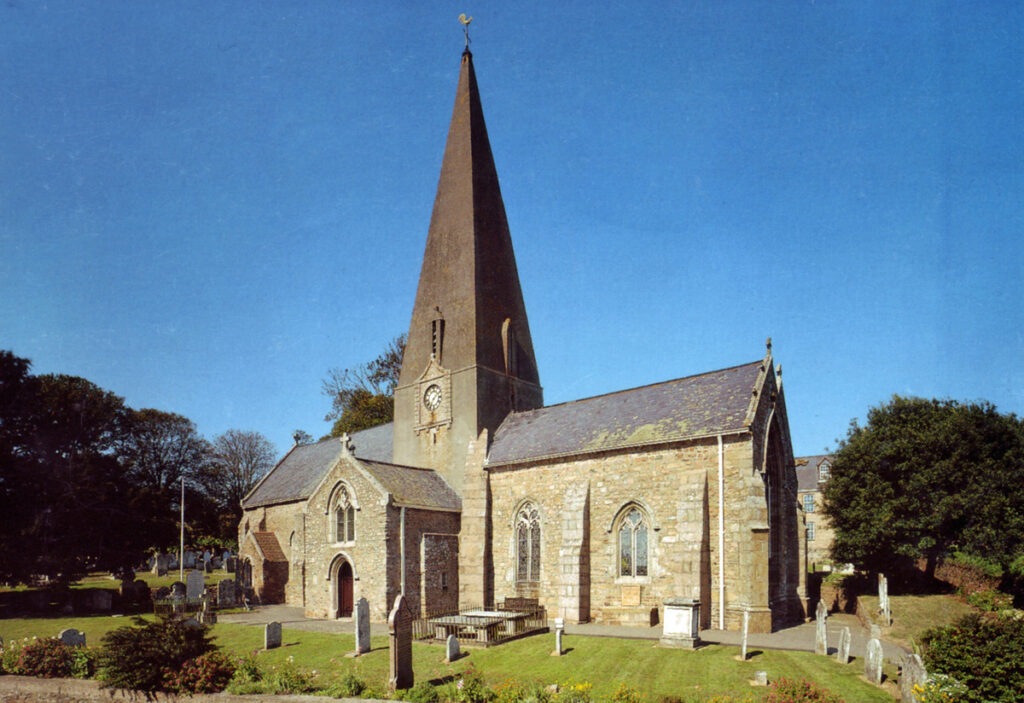