Home
/
About Us
/
The Caldwell hall 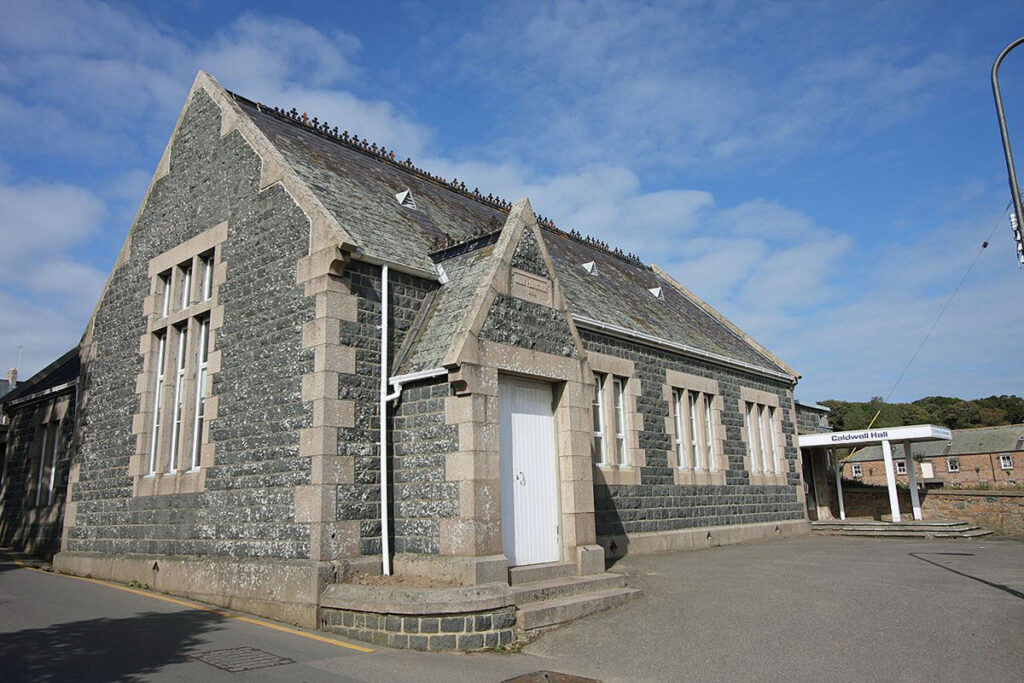 If you would like to hire out the Caldwell Hall for an event such as an anniversary or a children’s party, please email us at [email protected] or ring the Church Office on 745260. The office is usually open Monday, Wednesday and Thursday mornings.

The Caldwell Hall is available for hire for £75 for a three-hour session plus £25 for each additional hour.  It has an excellent kitchen along with a hall which is big enough for a bouncy castle. There is also the option of adding on a comfortable room with glass doors for an additional £5 per hour, so that guests can escape the noise and parents can still see their children!

The History of the Caldwell Hall

On 12th August 1977, the Royal Court granted permission to the Rector and Churchwardens of St Clement’s Church the right to acquire the Caldwell Hall and its buildings on trust for the church. This had been made possible by the gift of the hall to the church by Thomas Caldwell Litler-Jones, who had himself acquired it from the parish on 4th February 1972. It was no longer needed following the construction of a new parish hall at Le Hocq.

The Rector and churchwardens were appointed as trustees for the purpose of acquiring the Caldwell Hall at a meeting of an Ecclesiastical Assembly held on 7th August 1977.

The Royal Court stated that the property was “to serve as a church hall of the said parish, but when not being used as such may be let out on hire to such person and on such conditions as the trustees may determine.”